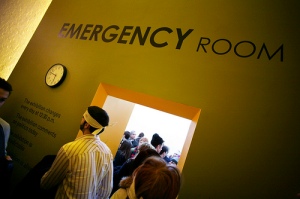 Do you have an Emergency Room God?

My first bible teacher had a saying that profoundly impacted me in the early years of my Christian life.  “Beware of calling on an

emergency room God”, she would say.  She explained the meaning behind her axiom: “We call on God when things get rough but once the crisis is past, we don’t think we need Him anymore.” Sound familiar? We are all vulnerable to this pattern of unfaithfulness in our spiritual lives and Scripture is full of examples of individuals who fell victim to spiritual malaise. Judges clearly teaches the national nature of Israel’s cycle of sin. God would faithfully raise a deliverer to preserve them after suffering the consequences of their disobedience and retribution. In our study of Gideon we know that he too was chosen to spare Israel. With total reliance on God, he did so. But what happens after things go well?

In Judges chapters 7 and 8, God provides Gideon with an army and charges him with conquering the Midianite kings. While in pursuit of the kings, Gideon experiences what he feels is a disrespectful and inhumane act that triggers a change in his behavior. The people of Succoth and Penuel refuse to provide his army with food because they are unsure of Gideon’s ultimate victory. In an effort to protect their own people, they are cautious with their loyalty (Judges 8:6). When Gideon’s victory is sure and Israel’s freedom secured he makes a very personal decision to exact vengeance on the citizens of Succoth and Penuel.  Success leads him to do what is right in his own eyes, putting his reliance on God at risk. And how quickly Israel forgets who is really responsible for their freedom! Gideon the hero is catapulted to celebrity like status in Israel. Although he verbally refuses their request for him to be king, in practice he illegitimately assumes the role. With 43 lbs. of looted Midianite gold he 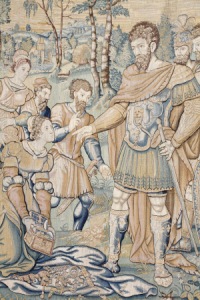 fashions an Ephod[1] that becomes an object of worship in his hometown. Scripture records that ‘Israel prostituted itself before it and it became a snare to Gideon and his household’ (Judges 8:27). Israel enjoyed peace for 40 years as a result of Gideon’s victory but it seems to be in a half-hearted spiritual state.

“Unlike the victory over the Canaanites under the leadership of Deborah and Barak, there is no celebration of divine salvation. Only the narrator’s note of quiet. The silence of Yahweh in this chapter and the silence of human lips that should have praised him are profound.”[2]Upon his death his family was treated unkindly and the nation quickly reverted to Baal worship.

Be careful to watch where you are going

Why is it so easy for us to diminish God after He has seen us through a tough trial or handed us a victory? The Bible is replete with Christian “heroes” who have struggled to finish well (David, Solomon…. even Hezekiah). You need only read the news to see that it still prevalent today. Our free will and natural self-reliance are dominant when we are healthy, secure and prospering. If we could see into the spirit world, we might lose our confidence. For it is during these times that ‘Satan, prowls around like a roaring lion looking for someone to devour’ (1 Peter 5:8). It seems the longer we live the more prone we are to let down our guard. How can we protect ourselves against spiritual complacency? First, remember you live in a fallen state in a fallen world. There is never a time when you don’t need God (Romans 3:23). Second, develop a consistent, disciplined prayer life where you can bring everything before Him, praise Him for your victories and your trials. In this way you give God glory for all things (Proverbs 16:18). Third, stay alert. Examine your life and identify your weaknesses. This is where you are most vulnerable. Ask God for protection in these areas (1 Corinthians 10:12). Finally, remember that you are saved by grace through faith, and this is not from yourselves; it is God’s gift – not from works, so that no one can boast (Ephesians 2:8-9).

I’m inspired by Paul, one who started poorly and finished well. Praise God for His mercy and grace upon us all.

“However, I consider my life worth nothing to me; my only aim is to finish the race and complete the task the Lord Jesus has given me —the task of testifying to the good news of God’s grace.”  Acts 20:24

[1] An article of clothing worn primarily by the Israelite high priest; elsewhere it appears to be an image or some such solid object as well as an object used in divination. The Eerdman’s Bible Dictionary.

I'm a returned Christian expat living in Texas after several years residing in the Middle East and the South Pacific. I have the great privilege of writing about my experiences through the eyes of my faith, and to know and love my brothers and sisters serving in Christ's name all over the world. I have a special heart for the missionary community whom I now serve through the Missionary Care Team at my church. I am a writer, researcher, teacher, and archaeology enthusiast who also loves peering into the heavens any chance I get - but most importantly I am a wife, mother and grandmother who loves the Lord. "The fact that I am a woman does not make me a different kind of Christian, but the fact that I am a Christian makes me a different kind of woman." Elisabeth Elliott Shirley Ralston (MA Christian Education, Dallas Theological Seminary)
View all posts by texpatfaith →
This entry was posted in Devotional Essays and tagged danger of success, finishing well, Gideon, God, Israel, Jesus, Judges, Midianite, Penuel. Bookmark the permalink.