The Struggle for Faithfulness

The expatriate population is full of truly remarkable people. I’m often amazed and encouraged by the stories of faith that I hear. There is one particular group that seems to bear the challenges of expat living with extra resiliency. I’m talking about our young Christian TCKs (3rd culture kids). Many of them have spent some or all of their teen years attending high school in the UAE.  Often their stories are similar. They speak of the difficulty in being uprooted from all that is familiar in their home countries and abruptly placed in a foreign culture. Pretty risky for a teenager, however most navigate the change fairly well. How? Usually they attribute their success to the strength of their family relationships – a strength that provides godly counsel, safety and security. As a result their faith often grows in the midst of a new and unfamiliar environment. Eventually these young people go back to their home countries for university and there in lies the real challenge. Suddenly, the safety nets are gone. The steady, wise counsel they’ve come to rely on is no longer readily available. With no one to fill the void, they are adrift in a sea of temptations. Living a faithful life becomes much tougher. One student told me, “When I left home for college, I really had to own my faith. My walk with Christ had to become more disciplined and personal. It was a struggle.”

Navigating the first year of college

As our church in Dubai began a study of Judges last week, we learned that the Israelites faced a similar experience as they crossed the Jordan River and occupied the Promised Land. Their beloved Joshua had taken the mantle of leadership from Moses and guided this “family” as a nation according to the will of God. Under his firm leadership they faced challenges faithfully and prospered.

Charlton Heston as Moses – He passed leadership to Joshua but never entered the Promised Land. Love this movie.

John Derek as Joshua in one of my childhood favorites, The Ten Commandments

But then, Joshua went the way of the earth. “It came about after these things that Joshua the son of Nun, the servant of the Lord, died, being one hundred and ten years old.” (Joshua 24:29)

And Scripture is clear about the kind of legacy of leadership that Joshua left behind. “Israel served the Lord all the days of Joshua and all the days of the elders who survived Joshua, and had known all the deeds of the Lord which He had done for Israel.” (Joshua 24:31)

Israel was carried along by the inertia of Joshua’s leadership for a time but eventually, with no one to fill the void they drifted into apostasy.

Samuel, the author of Judges, tells us, “In those days there was no king in Israel; every man did what was right in his own eyes.” (Judges 17:6)

When the time came for Israel to own their faith, they failed. Ultimately, Judges paints a picture of Israel’s oppression and apostasy as God’s appointed deliverers – the judges – attempted to govern and to deliver them from their enemies.

Israel’s experience during the time of the Judges is a good lesson for us all. They found out just how tough it was to follow God’s laws when there was no trusted leader to tell them what to do, even though they were in their Promised Land. Our young college students know how tough it is to remain faithful to the Lord when their support groups are gone, even though they are saved by grace. Indeed it is tough for all of us. But my friends, the Holy Spirit indwells each and every believer. Thankfully, Christ has given us everything we need for life and godliness. The challenges come in truly owning our own faith everyday in the midst of all our trials, the distractions of the world and our own natural waywardness. 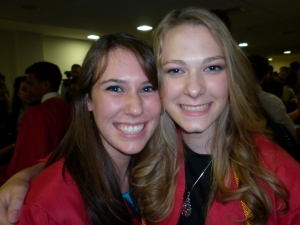 It is likely we will see a lot of ourselves in the story of God’s people as we learn valuable lessons from Judges in how to remain faithful and obedient in our walk with Christ.

After studying this part of Israel’s history I had to ask myself, “How do I want my legacy of faith to be remembered?”

“In those days there was no faithfulness in Shirley’s life and she did what was right in her own eyes.”

I am chastened…and challenged. How about you?

I'm a returned Christian expat living in Texas after several years residing in the Middle East and the South Pacific. I have the great privilege of writing about my experiences through the eyes of my faith, and to know and love my brothers and sisters serving in Christ's name all over the world. I have a special heart for the missionary community whom I now serve through the Missionary Care Team at my church. I am a writer, researcher, teacher, and archaeology enthusiast who also loves peering into the heavens any chance I get - but most importantly I am a wife, mother and grandmother who loves the Lord. "The fact that I am a woman does not make me a different kind of Christian, but the fact that I am a Christian makes me a different kind of woman." Elisabeth Elliott Shirley Ralston (MA Christian Education, Dallas Theological Seminary)
View all posts by texpatfaith →
This entry was posted in Devotional Essays and tagged Christ, Dubai, Expatriate, Faith, HolySpirit, Israel, Israelite, Jordan River, Joshua, Lord, Moses, TCK, The Ten Commandments. Bookmark the permalink.

2 Responses to The Struggle for Faithfulness